Today was the first day of Reading Week! It started after my morning class, which was Communication Design 2, where I pitched my ideas for the final part of my assignment! (its going to be a calendar btw). So now, I am up at the cottage with my family, just relaxing and taking time off working.

Right now, I am just making some art for myself, while I have the chance anyway. So, I decided to make myself my very own “Breakfast At Tiffany’s” poster! Granted, I do have a copy of one that I bought at the MoMA last May, but I want to actually MAKE one!

Leave a comment if you have any suggestions for what I should add, exclude, change, anything you think.

I’m open to any feedback 🙂

Last October, I, with my school, traveled by bus to New York City. If you have been there before and remember your first time visiting that amazing city, you would understand how excited I was. New York City is the central place in the world known for creativity and wonder. The trip consisted of the show Priscilla Queen of the Desert, shopping in SoHo, Times Square, dinners out, pretzels, Central Park, Magnolia cupcakes, and, of course, galleries visits! One gallery that I went to was called the Museum of Modern Art (MoMA for short.)

The Museum of Modern Art was developed in 1928 by Abby Adrich Rockefeller. She with her two friends rented a space for the museum in the Heckscher Building in Manhattan and opened it on November 7, 1929, nine days after the Wall Street Crash. It was America’s #1 museum exclusively to modern art. The museum has an extensive collection which offers works of architecture, design, drawings, paintings, sculptures, photography, prints, and electronic media.

While I was there, I purchased a book called MoMA Highlights and in the introduction it says, “For some, the Museum is a cherished place, a sanctuary in the heart of midtown Manhattan. For others, it is an idea represented by its collection and amplified by its exhibition program. For still others, the Museum is a laboratory of learning, a place where the most challenging and difficult art of our time can be measured against the achievements of the immediate past.” This piece of the introduction stood out for me because the MoMa is a different experience for everyone, especially for myself. My grade nine art teacher even commented on how happy I appeared throughout the museum viewing.

While observing all of the pieces, there were a few that I really liked and was excited to see. The museum’s collection is considered the best collection of modern Western masterpieces in the world, and includes more than 150,000 individual pieces considered important and familiar. I saw Claude Monet‘s Water Lilies (1914), an oil painting depicting his Japanese-style pond covered with water lilies. When I travelled to Paris, France the summer of 2007, I went to the Musée de l’Orangerie where his other paintings are featured. Seeing another one at the MoMA reminded me of my early appreciation of art history, and how amazing it is to view a painting in person. I also saw Vincent Van Gogh‘s Starry Night (1889), which I was the most eager to see. The Post-Impressionist painting is very well-known and memorable, so being able to now say that I have seen it feels great.

Overall, seeing the MoMA is definitely an experience I will cherish from my trip to New York City. To be in a place surrounded by modern artworks was inspiring for me as an artist and makes me push myself further. The next time I travel to New York in the future, I will definitely return to the MoMA and feel the excitement I felt before. 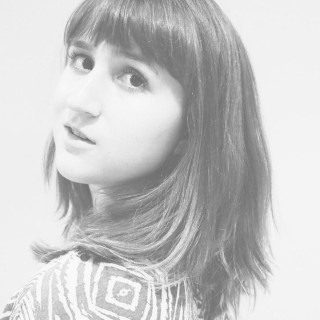